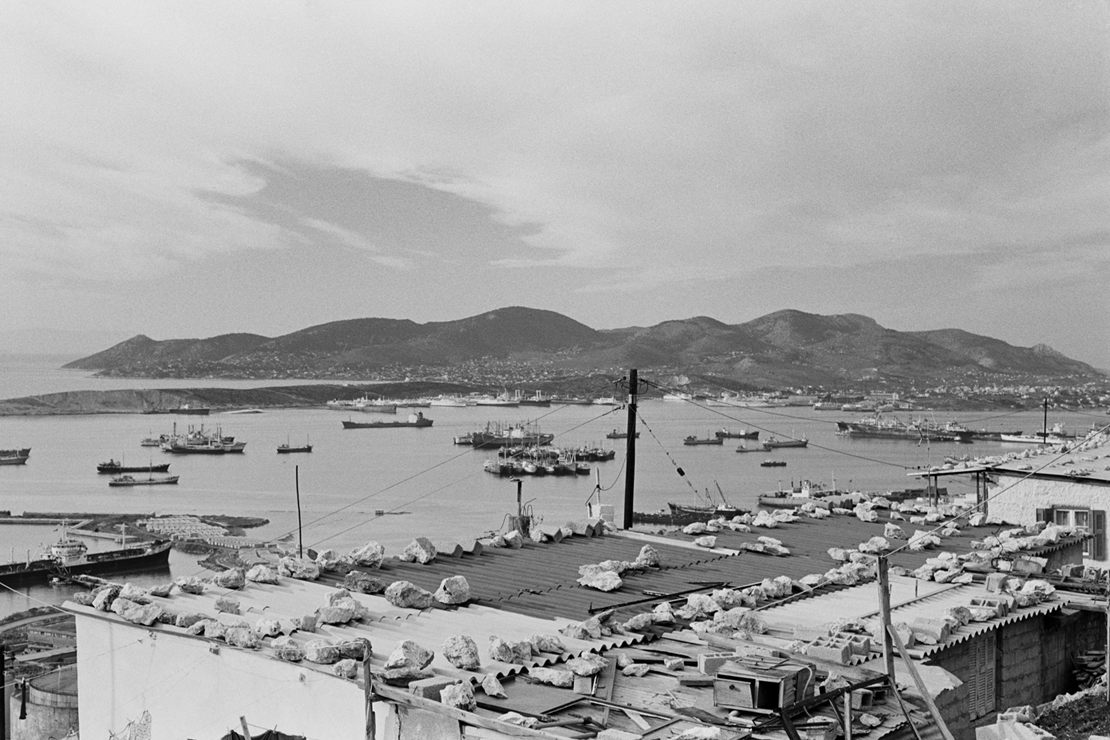 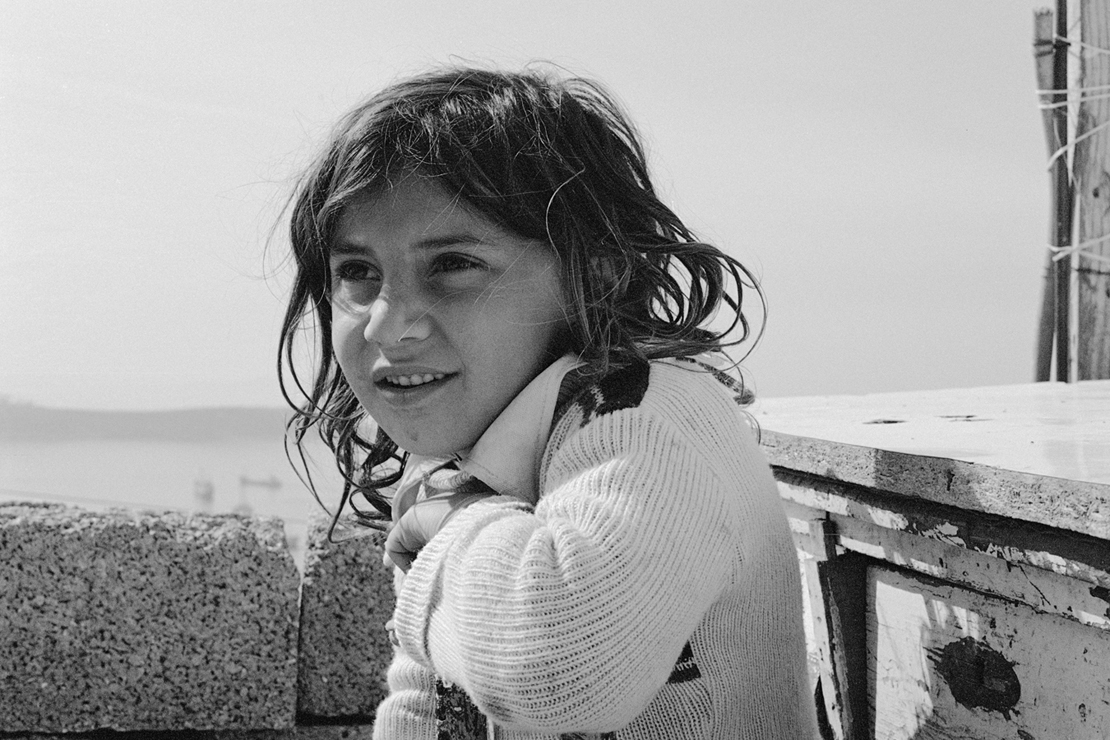 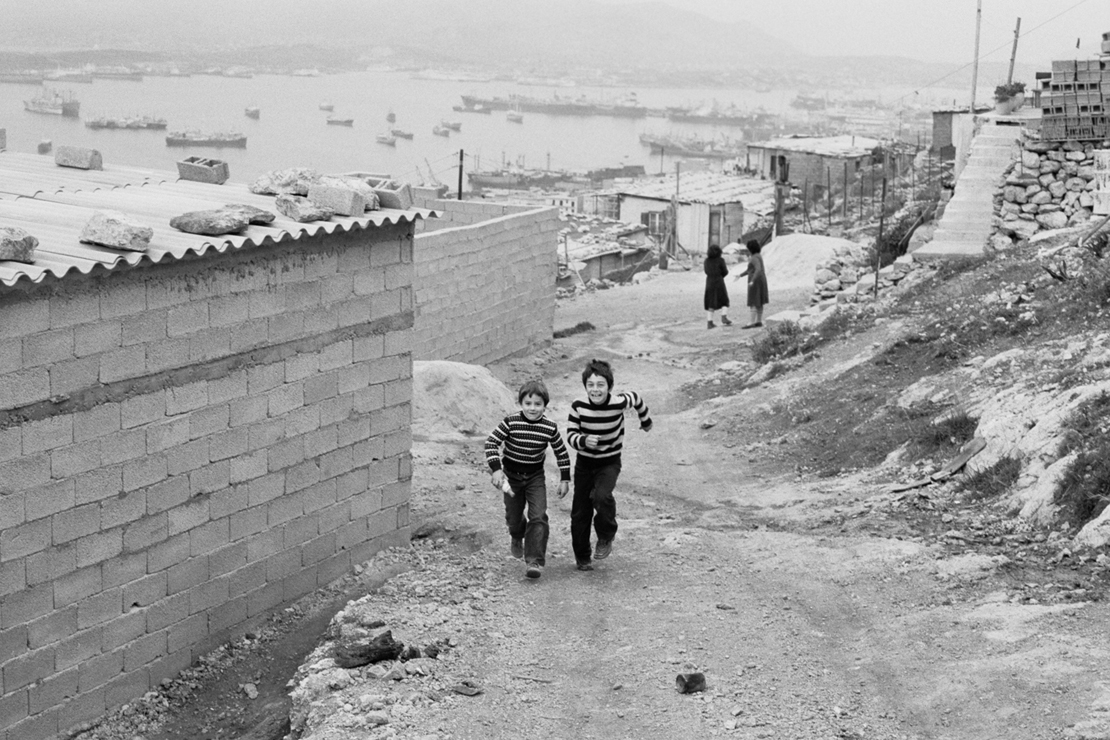 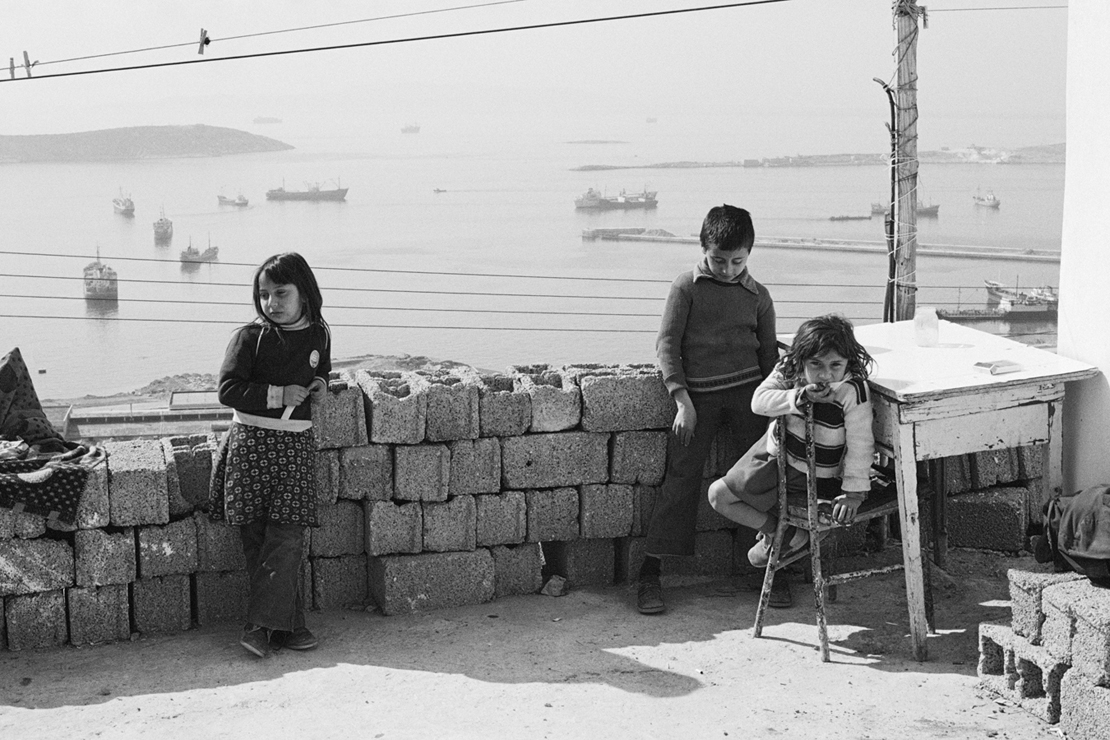 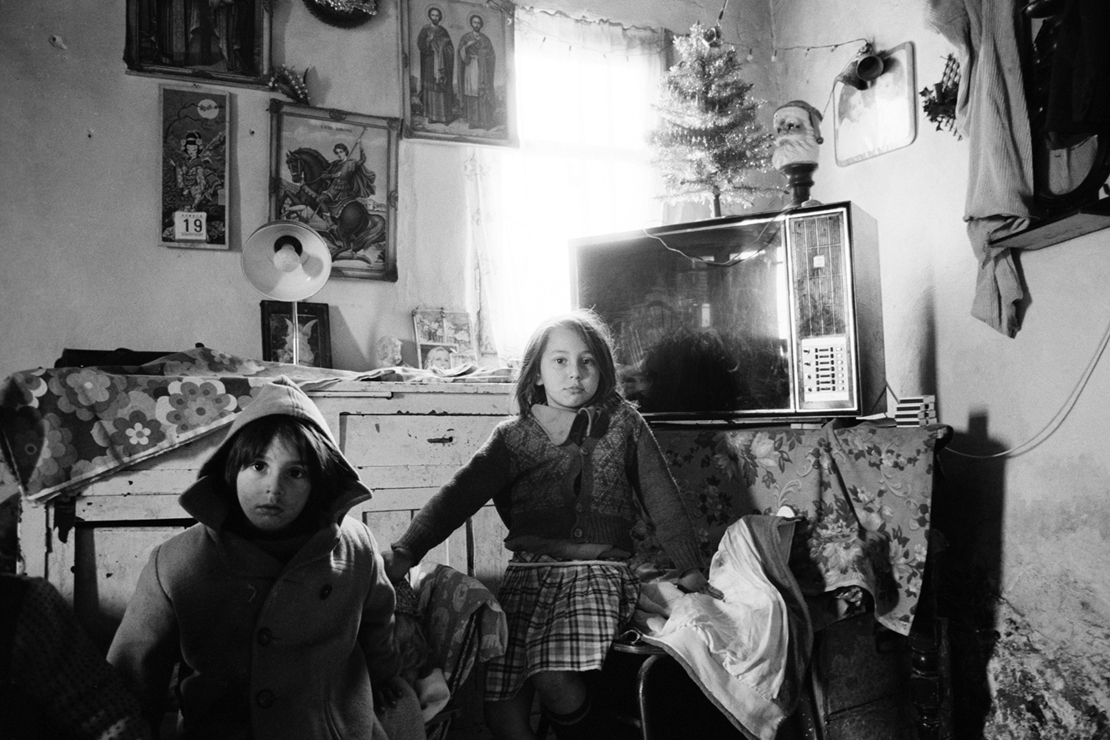 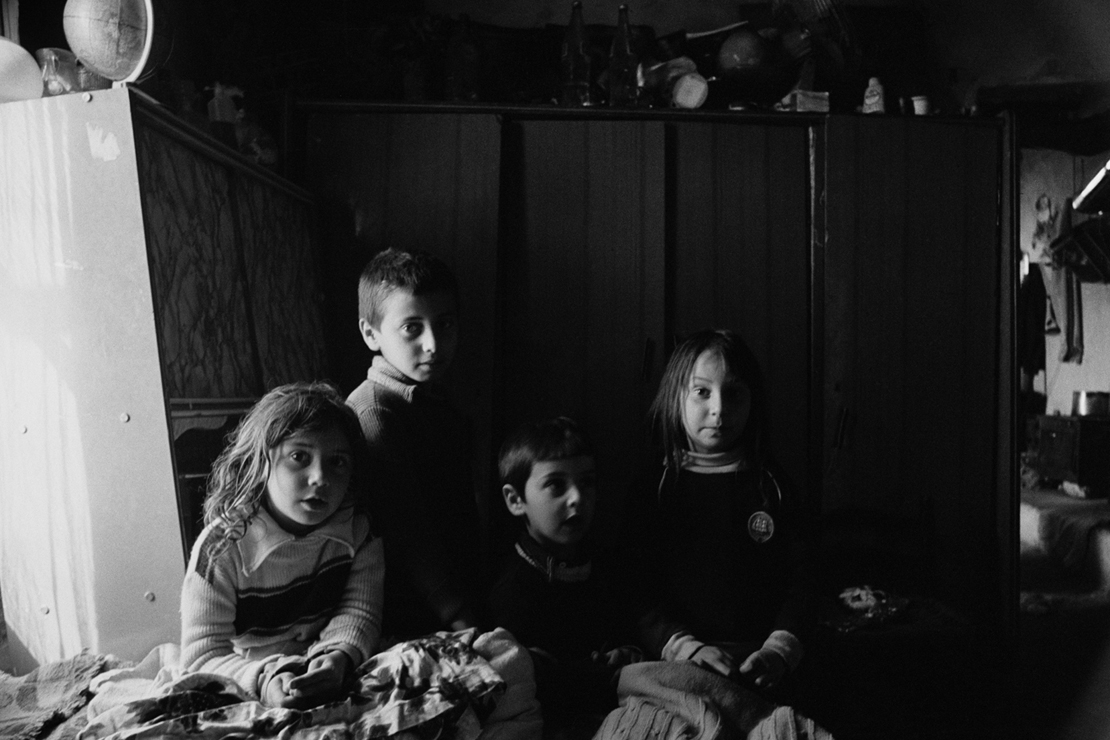 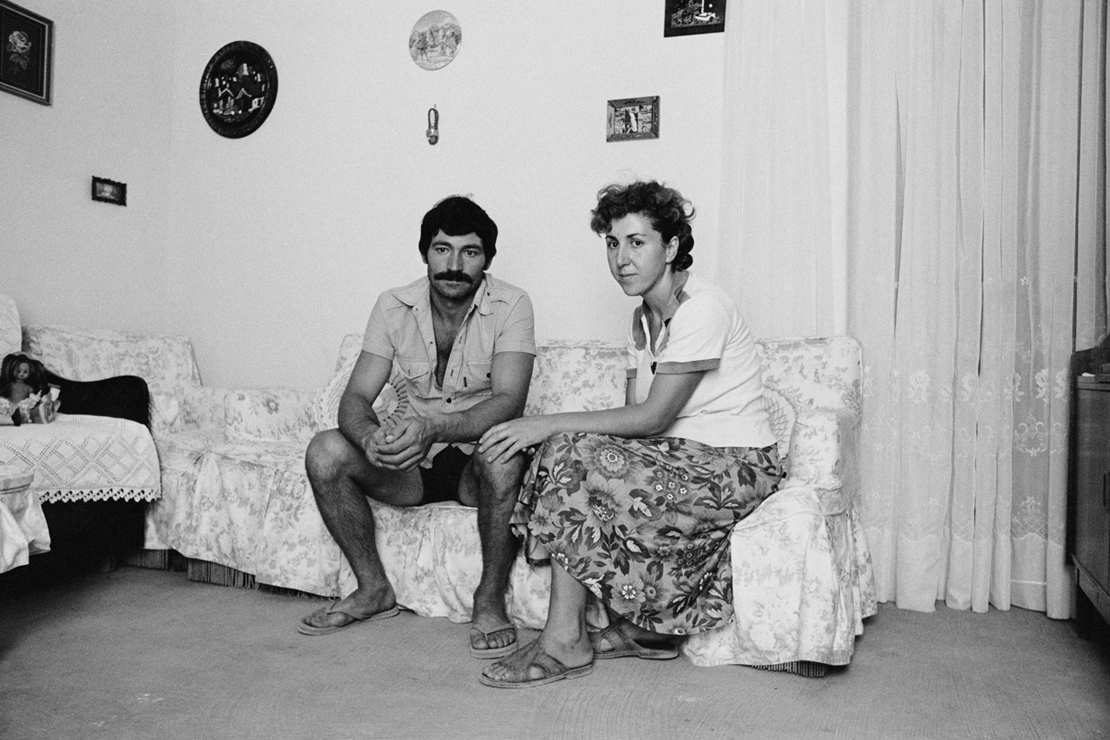 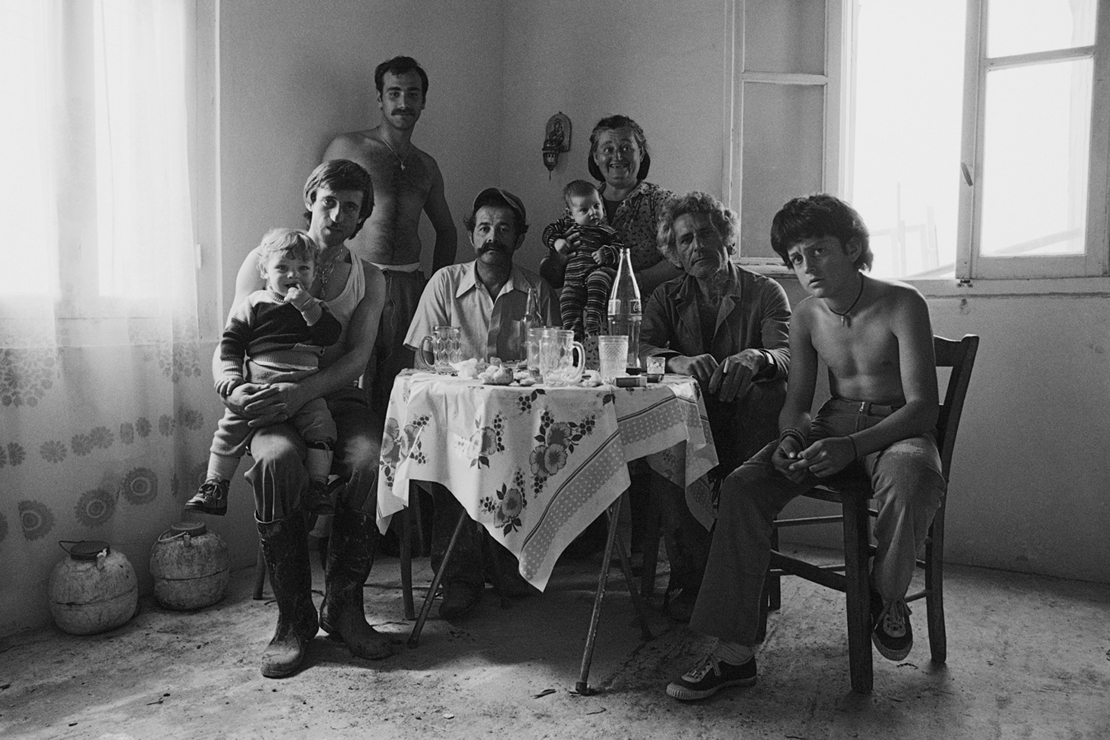 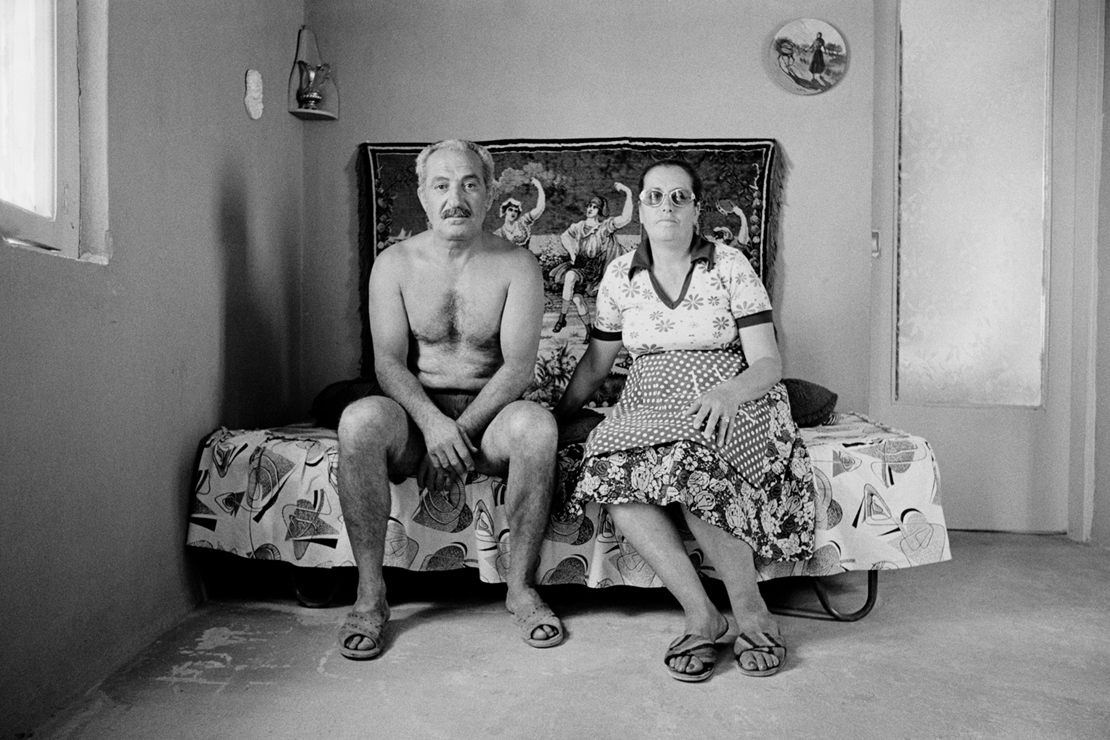 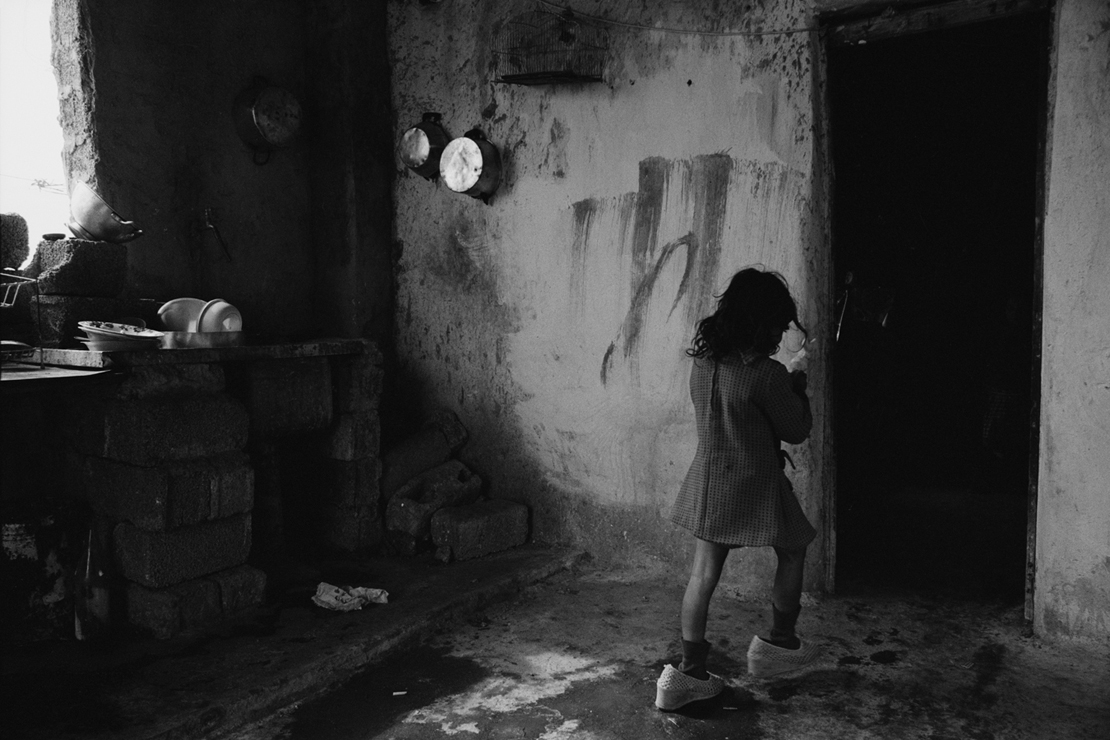 Perama is a rocky area in the westernmost tip of Piraeus. Its terrain is sloping, creating steep inclines that in some cases exceed 30%. In ancient years, Perama bore the name Amphiali. It is presumed that Xerxes, the Persian emperor, watched the battle of Salamis (480 BC) sitting on one of the peaks of Mount Aegaleo which belong to Perama municipality. In modern history, Perama takes the form of a small settlement in the 1920s, when refugees from Constantinople, Asia Minor –more specifically, from Iconium– and the Black Sea inhabit the area trying to start a new life. In 1928 the first shipyards were founded in Perama. This attracted new inhabitants in the area.
I visited Perama in 1982. The sight of the rocky hill with dozens of makeshift shacks aroused my interest. I wanted to meet those people. So, for the next two years I kept visiting the area, got to know the people, listened to their stories, experienced the feelings of generosity and solidarity that kept them going. The time I spent living with these families was much longer than the time I spent taking photos of them. However, the images are the lasting memento. I sure hope that, at least by looking at them, someone can feel what I couldn’t possibly put into words.